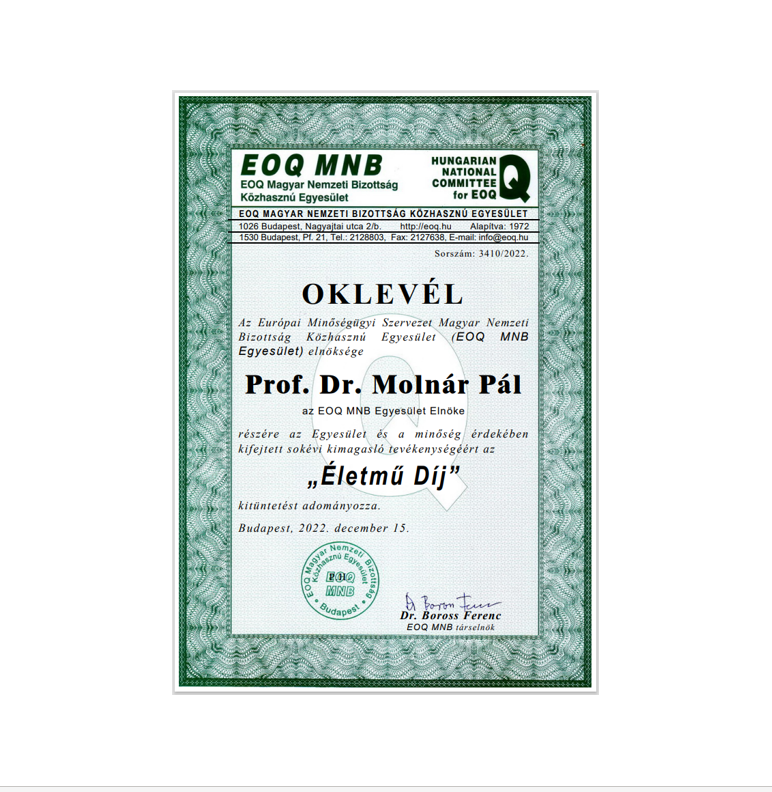 EOQ has the honour and pleasure to share the announcement of the EOQ Hungarian Natinal representative (HNC) regarding the Lifetime Achievement Diploma for Mr. Pál Molnár :

” We would like to inform you that HNC for EOQ, the Hungarian Full Member Organization in EOQ awarded Prof. Dr. habil Pál Molnár as President and CEO with the “Lifetime Achievement Diploma”. EOQ MNB celebrated its 50th anniversary on November 23, 2022 and the Board took the decision on his awarding on December 15, 2022 . We attach the Diploma: 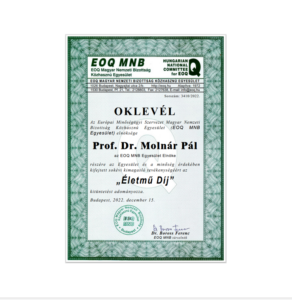 Pál graduated as a food ingenieur at the Humboldt University of Berlin and received his doctor title in agricultural sciences. Dr. Pál Molnár has started his activities in HNC for EOQ since 1978, and has been elected as President and appointed as CEO of our organization from 1996. He is the Hungarian National Representative and an active member of EOQ, being organizer of the EOQ Congresses in Budapest 2000 and 2011. His activities extend also to IAQ (International Academy for Quality) where he was Vice President during 2 periods and than President between 2015-2017. Besides his activities at EOQ he has been professor at several universities.”